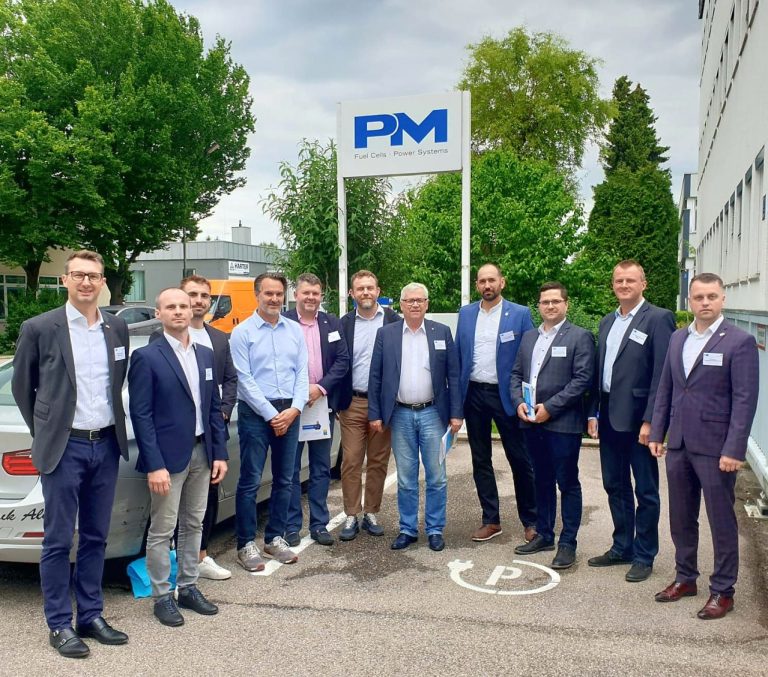 In June, Proton Motor Director Manfred Limbrunner (picture; 4th from left) welcomed a business delegation from Slovakia for a company visit to Proton Motor. The participants were interested in an update on the current status of hydrogen fuel cell production. The framework for the multi-day study trip at the invitation of the AHK Slovakia (German-Slovak Chamber of Commerce) was the exchange of information with the Bavarian State Minister for Economic Affairs, Regional Development and Energy, Hubert Aiwanger. Among other things, it was about how the Central European states can work even more closely and strongly together with the southern German federal states on a common infrastructure to cover the hydrogen demand.

Proton Motor has maintained successful business relations with countries in Central Europe for many years. In 2009, for example, the Triple Hyrid Bus was developed with Škoda Electric a.s. In 2019, both companies announced in a Letter of Intent (LoI) the collaboration on fuel cell electric buses. In addition, a Memorandum of Understanding (MoU) was signed in 2021 with the Prague-based company Thein Industry, whose subsidiary “Hydrogenic Technology” focuses on the provision of solutions and the integration of hydrogen technologies into rail and road transport. The context is to complement Thein Industry’s portfolio with clean, green Proton Motor drive systems for the sustainable decarbonisation of the transport transition.

THE PM² Quarterly Newsletter_06-30-2022 also reports on the delegation from Slovakia (page 4).