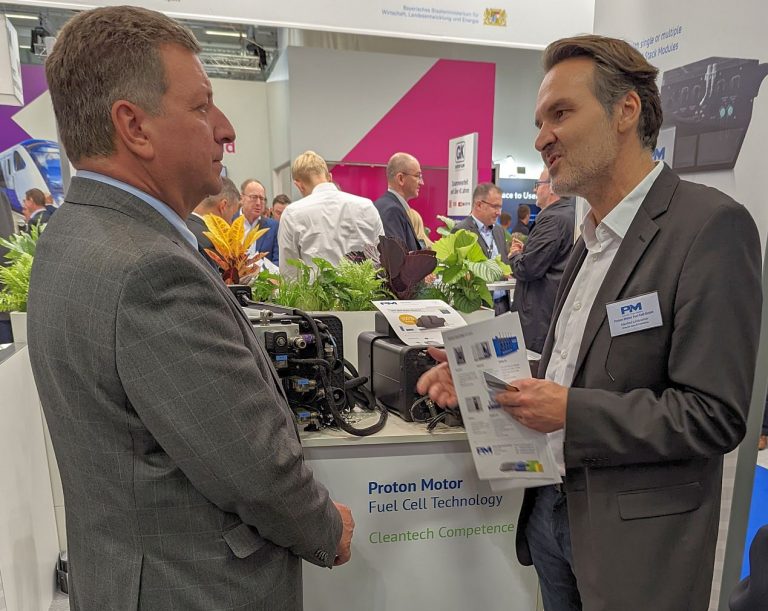 After the end of the InnoTrans, the Cluster BahnTechnik Bavaria drew a positive conclusion to its trade fair appearance in Berlin. At the joint stand, the 15 exhibitors were once again able to make numerous contacts and present rail innovations "Made in Bavaria".
For Proton Motor Fuel Cell, the successful InnoTrans participation was a confirmation of being perceived as a central player for fuel cell systems. The trade fair has highlighted the transformation to emission-free drives with the combination of battery and hydrogen fuel cells pointing the way to the rail future.