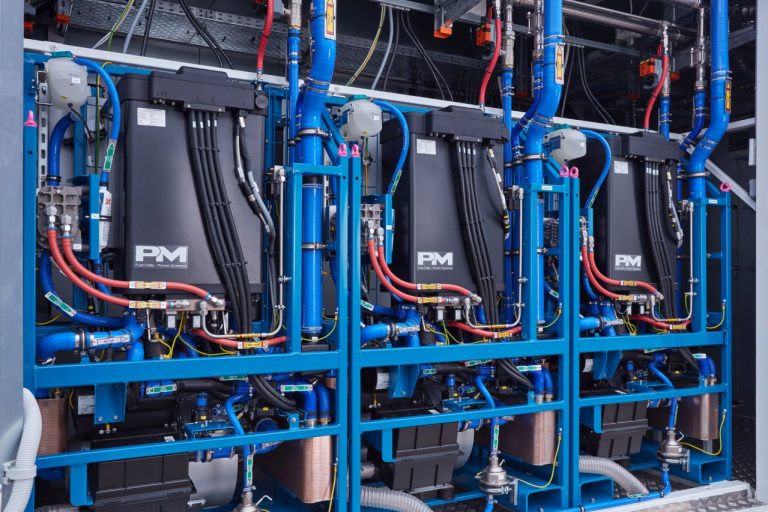 At the industry trend area Hydrogen & Fuel Cells of the Hannover Messe, the international hydrogen community meets to discuss new possibilities and developments. With Proton Motor as an exhibitor and more than 200 participants, it is the leading trade fair for hydrogen and fuel cells. Stationary applications as well as solutions for mobility are in the focus of the Green Economy, for which Proton Motor has been active for a quarter of a century with HighTech manufacturing Made in Germany.

In November 2021, Proton Motor delivered its containerised product innovation HyShelter 240 fuel cell power plant to the energy Group Shell. In addition, hydrogen-powered fuel cell vehicles have the advantage of making a significant contribution to reducing greenhouse gas emissions. Since 2020, the Dutch-Belgian company E-Trucks Europe has been integrating the product HyRange® Extender developed by Proton Motor into commercial vehicles for refuse collection as part of the EU-funded project REVIVE.

Find out more about the HyRange® product online at "Fuel Cell Systems" with fact sheet download.