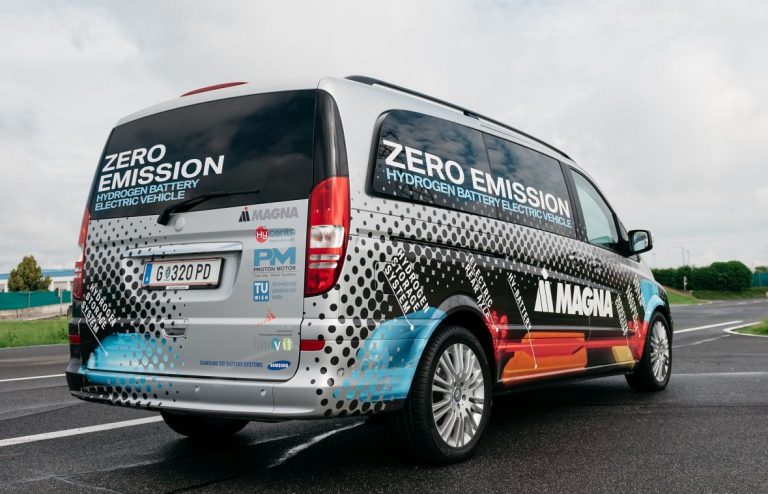 Already in 2016, Proton Motor has supplied the Austrian automotive contract manufacturer Magna Steyr with an individually designed HyRange® hydrogen fuel cell system for a new hybrid vehicle. This is called the Fuel Cell Range Extended Electric Vehicle – or FC REEV for short (pictured). Unlike a conventional hybrid engine, which relies on a combination of petrol or diesel and electric drive, the FC REEV model is operated both electrically and with hydrogen, thus achieving an ZERO-EMISSION hybrid drive.

Since 2019, the HyRange® drive solution for E-Trucks Europe has been produced – among other things in the context of the EU-funded project REVIVE (Refuse Vehicle Innovation and Validation in Europe) – for the integration into waste collection vehicles. The growth of the automotive hydrogen fuel cell industry is currently highlighted by two new international studies in which Proton Motor's fuel cell technology is presented alongside other big players. Sample PDFs can be downloaded after registration.