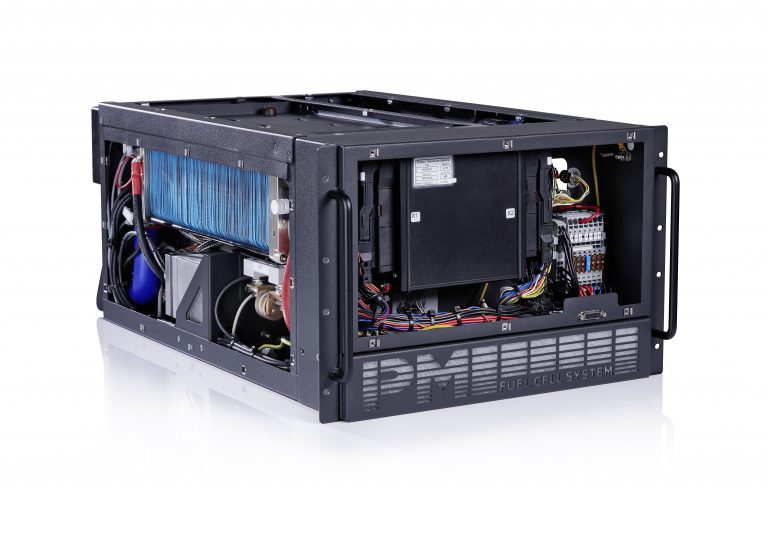 ● Third order from the international engineering and aerospace group ●

The demand for decentralized energy storage systems is currently rising sharply. Stationary solutions based on hydrogen have an advantage over batteries. In July 2019, the high-profile pilot project “Knappenhaus” in Kasern, the most northern mountain village in South Tyrol, was officially inaugurated. It has passed previous wintry challenges with flying colours. Originally conceived 500 years ago as a simple mountain hut at 1,500 metres, the residential property can deposit the “green” and emission-free energy of its in-house watercourse despite seasonal icing respectively on-demand is also possible. The technical installation consists of a water turbine and the fuel cell module S8 of with an 8.4 kW power capacity of “Proton Motor Fuel Cell GmbH” (www.proton-motor.de).

After the successful Knappenhaus project, in which the “PM Module S8” was integrated for the first time into a new hydrogen storage system as a combined heat and power plant, Proton Motor delivered two demonstration systems to the large international engineering and aerospace group in 2020. The customer has now ordered four more hydrogen fuel cells for self-sufficient energy production and supply based on renewable energies. Moreover, it has indicated that there may be further follow-up orders to come in the pipeline.

What temperatures mean below zero degrees in the mountains, coastal regions get different wind qualities. A new hydrogen project will test the possibilities of wind energy as a renewable resource using proton engine fuel cells over the next two years. Hydrogen will also be used as a molecular energy storage medium for this project to compensate for natural fluctuations. Because hydrogen is turned into energy again by combustion, it is regarded as the central building block of energy. For this reason, a university from the northern part of Germany has also ordered the “PM Module S8” directly from the Puchheim technology market leader Proton Motor in January. This is to play a central role in the renewable generation of electricity for the CO2-neutral hydrogen production and application of a selected wind turbine in the city on the North Sea.