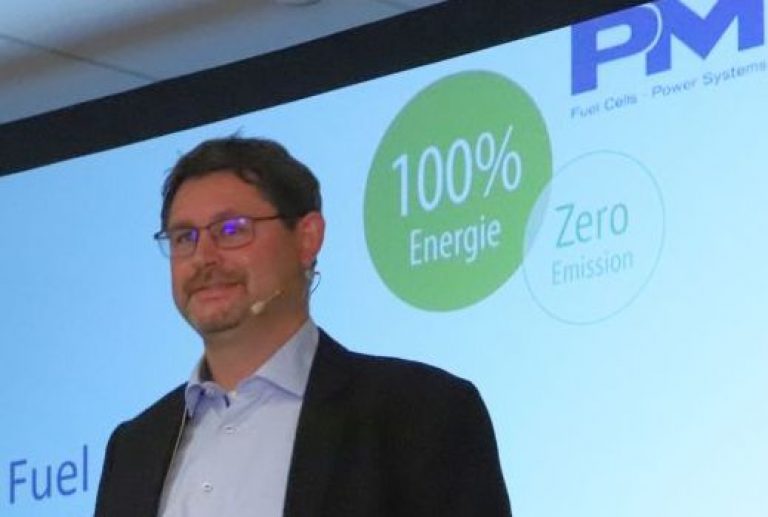 "We have to gain speed so that other regions in the world do not overtake us", was the message at the hydrogen summit in Essen/North Rhine-Westphalia this week. Rapid advances in alternative fuels are more important than ever. Industry in Germany agrees that innovations ensure performance.

The innovation potential of Proton Motor Fuel Cell since 1998 is featured in a current article of the magazine "wirtschaft" ["economy"] of the Chamber of Commerce for Munich and Upper Bavaria. CTO & COO Sebastian Goldner says in the article Focus on future technology with reference to hydrogen as a key element of the energy transition: "However, our focus is on innovations that arise by developing individual solutions with or for our customers as a project partner."

Caption: In the interview, Proton Motor Chief Technical and Operation Officer Goldner (picture) mentions the successful product PM Frame as an example of innovation, a modular hydrogen fuel cell system for stationary applications, which is used - among other things - as an emergency power source in road tunnels. (c) Proton Motor

Promoting the innovation - Please find the (German) magazine article_Chamber of Commerce on page 17!