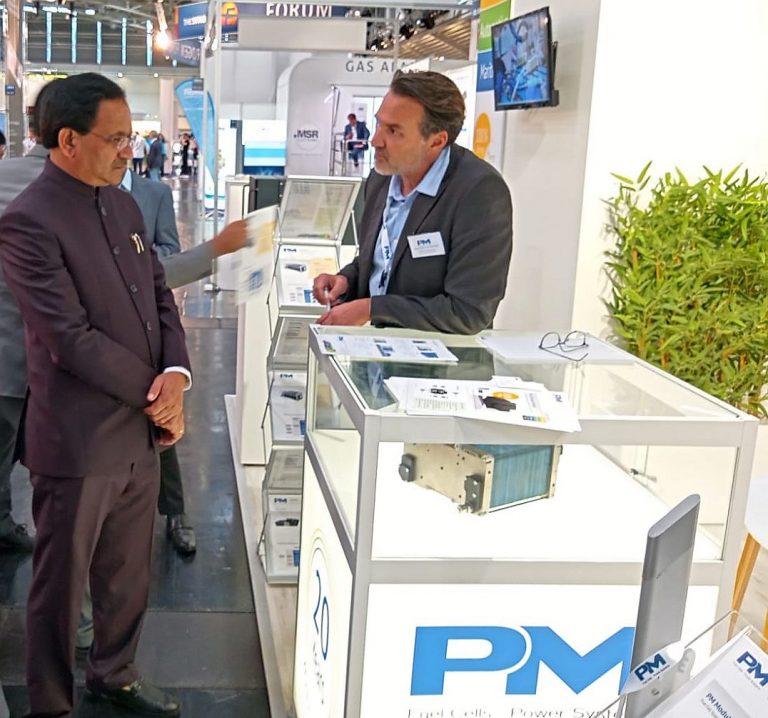 At the beginning of May, it was announced that Germany had signed an agreement with India for a hydrogen co-operation. The country could offer good conditions for the production of renewable electricity and become an important electrolysis location worldwide.

The contract was signed by the German Federal Minister for Economic Affairs and Climate Protection Robert Habeck and the Indian Energy Minister Shri Raj Kumar Singh during the German-Indian intergovernmental consultations. The delegation of the Ministry of Power from New Delhi was also on an information visit to the trade fair electrical energy storage (ees) in Munich, at which Proton Motor had a successful exhibitor presence. On this occasion, Minister R.K. Singh exchanged views directly with Proton Motor Sales Director Manfred Limbrunner about the possibilities of infrastructural power and heat supply using eco-friendly hydrogen fuel cells (pictured).