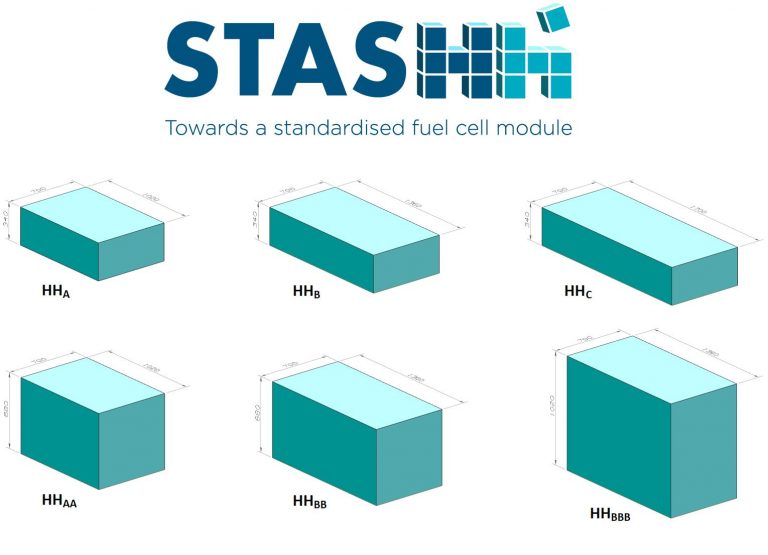 Since the official launch of the mission in February 2021, Proton Motor is a member of the European StasHH project. The acronym StasHH stands for Standard Sized FC module for Heavy Duty applications. The consortium - consisting of 25 leading organisations in the hydrogen sector - has hit a major milestone by setting the first ever standard for fuel cell modules for heavy-duty applications like forklifts, buses, trucks, trains, ships and construction equipment. This standard aims to globally impact the uniform development of fuel cell modules by setting clear rules regarding physical dimensions as well as physical and digital interfaces.

About one year after the beginning of the process, the European consortium has published their StasHH standard as a result of a consensus reached between major European fuel cell module suppliers, original equipment manufacturers and research, test, engineering and knowledge institutes. The StasHH standard, which is publicly available here, comprises three parts: a definition of sizes, physical interfaces and application programming interfaces.