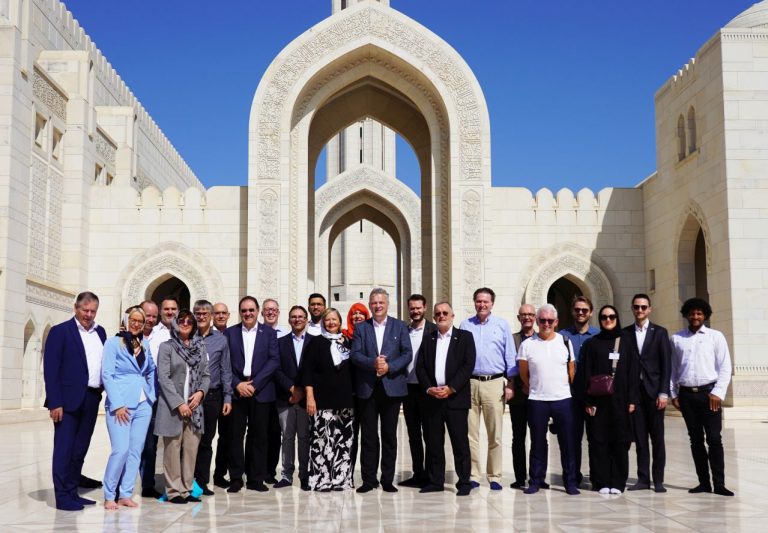 The current COP27 climate summit in Sharm-el-Sheikh, Egypt, will discuss the current status of the Paris Climate Agreement, in which the EU negotiates at least three green hydrogen deals with its investition of EUR 300 billion in renewable energies by 2030. To stay with figures: The government of the Free State of Bavaria announced just recently that it had launched a EUR 500 million budget for Bavaria's energy and hydrogen future.

Until yesterday, Bavaria's State Secretary for Economic Affairs Roland Weigelt and important officials of the State Ministry of Economic Affairs, Regional Development and Energy such as Ministerial Director Dr. Ulrike Wolf had travelled to Muscat in the Sultanate of Oman at the head of a 29-member delegation from business, science and politics. As a Bavarian hydrogen key player, Proton Motor Fuel Cell was one of the selected participants and was represented on the four-day information visit by Director Governmental Affairs & Communication Manfred Limbrunner.

Download to the media release on potentials in expanding bilateral economic relations with Oman.