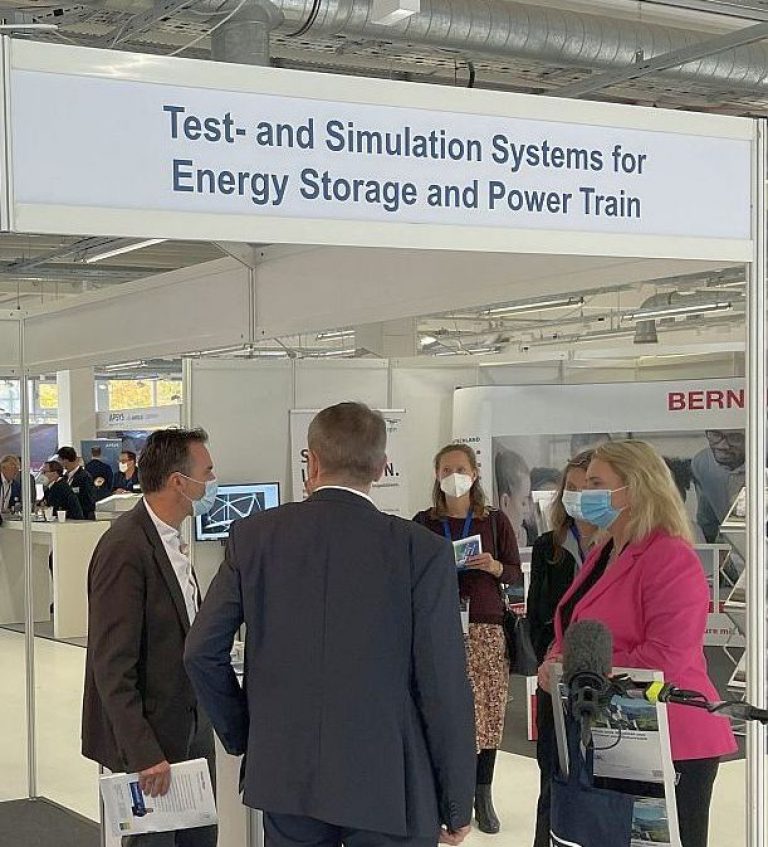 On the occasion of her tour of the Munich AIRTEC as an international B2B trade fair and meeting place for the future of aerospace this week, Bavaria's Minister of Transport Kerstin Schreyer was in direct conversation with Proton Motor Sales Director Manfred Limbrunner. Among other things, the latest rail projects – such as the HyRail® fuel cell system from Proton Motor – for climate neutrality were discussed at the booth of our long-standing partner Gustav Klein GmbH & Co. KG (www.gustav-klein.com).

Minister Schreyer wants to present a roadmap for the decarbonisation of local rail passenger transport in the Free State by the end of 2021. Hydrogen trains will also play an important role in this. Director Limbrunner: "We can achieve a lot for the climate by using emission-free hydrogen fuel cells!"

You can also read about Proton Motor on LinkedIn!