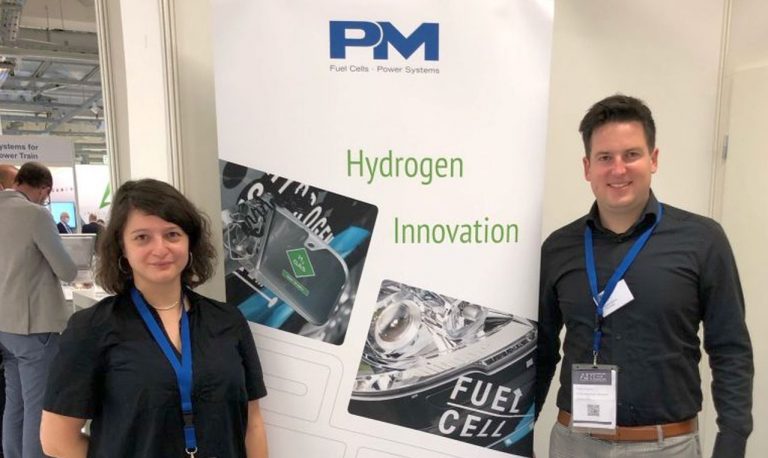 At the AIRTEC booth, our Sales Manager Matteo Schmid was also visited by Bori Csala from Hydrogen Europe (see image). As you may know, in September 2021, 127 projects were identified for the first two IPCEI Hydrogen (Important Projects of Common European Interest) funding waves, in which members of Hydrogen Europe - such as Proton Motor - are also directly or indirectly involved.

Ahead of the EU Commission's final evaluation and ahead of the COP26 in Glasgow, Hydrogen Europe has asked its members' CEOs, as well as Proton Motor, to sign a joint letter to EU Executive Vice-President Margrethe Vestager. It underscores the industry's expectations for a more ambitious approach to these IPCEIs.

Review: On 17 December 2020, the IPCEI Hydrogen was officially launched. The 22 EU member states and Norway adopted the manifesto on the development of a "European value chain of hydrogen technologies and systems". The "European Clean Hydrogen Alliance" (ECH2A) is also intended to provide a IPCEI platform since it was founded in July 2020.